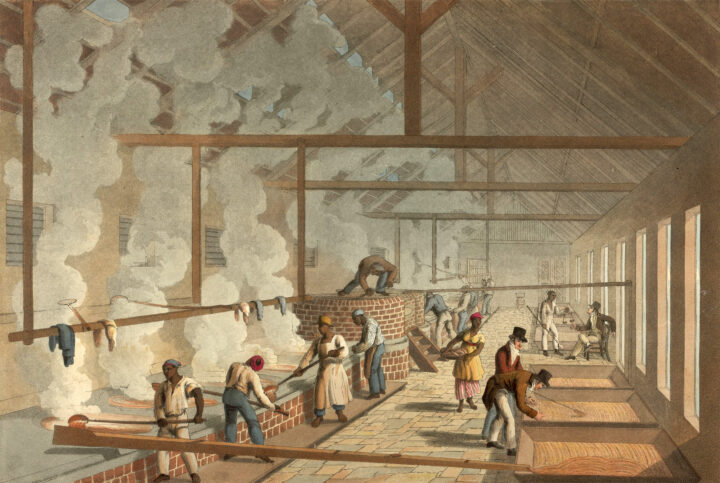 Scottish people don’t figure prominently in most histories of slave trade. When Scots are mentioned, people usually point to the writings of Adam Smith and other Scottish Enlightenment philosophers, which show them as being generally abolitionist.

However, Scots were disproportionately represented in the ownership, management, and especially medical treatment of slaves in the British Caribbean. Sugar and cotton flowed into Glasgow and young, educated Scots looking for work as traders, bookkeepers, and doctors made the return trip back to the Caribbean to manage the plantations. Chemically trained doctors and agriculturalists tested their theories in the plantations and developed new theories based on their experimentation on the land and slaves.

In foregrounding the participation of Scottish trained chemists in the practice of slavery, my latest article argues that the development of eighteenth-century chemistry and the broader intellectual Enlightenment were inextricably entangled with the economic Improvement Movement and the colonial economy of the British slave trade.

Here’s a link to the article:

If you don’t have access to the journal Annals of Science through a school library or other subscription, you can read the pre-print version of my paper here:

*Featured image from Ten Views in the Island of Antigua, in which are represented the process of sugar making, and the employment of the negroes (London: Thomas Clay, 1823)