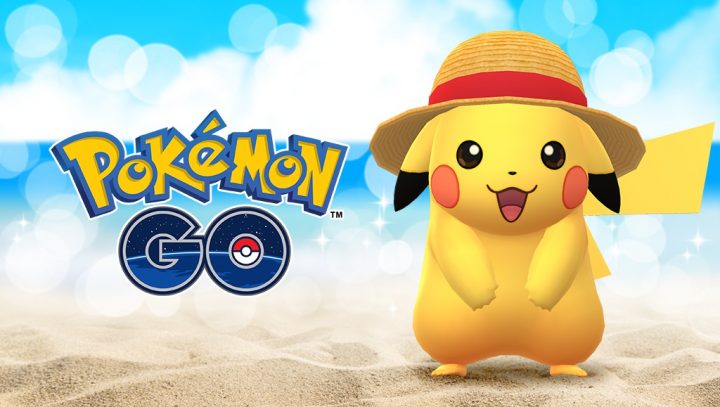 I play Wizards Unite and Pokemon Go, two very popular mobile video games made by Niantic. On any given Sunday, you can probably find me wondering around Norman collecting Pokemon and various items from the Harry Potter world with my wife and daughter and mother-in-law. In exchange for the enjoyment and family time that we get playing these games, we give Niantic a lot of data about our environments and how we move through them.

Today, Ashley West and I are leading a walkabout / meetup around the University of Oklahoma’s campus. We will be playing Niantic’s games — I need to remember to defeat a WU Fortress while we’re out — and also talking about how Niantic is using these augmented reality / mediated reality / XR games as sensors to map the world and map our lives. The goal is not to get people to start or stop playing the games but rather to make sure everyone is making an informed decision about how playing the games affects their privacy and data.

Helpfully, Kotaku just came out with a big article about Niantic and privacy. Drawing from both original reporting and Shoshana Zuboff’s recent book, Surveillance Capitalism, Kotaku documented the Google (and CIA) backed mapping projects that preceded and supported what became Niantic. Projects like Keyhole and Google Geo and Google Streetview gobbled up maps, 3D aerial imagery, and other cartographic data, but also the locations and metadata of Wifi systems. This secretive side-project ultimately led to several law-suits and denials of wrongdoing on the part of Google, though the perpetrators were ultimately promoted and were later coders and program managers for Niantic. Having mapped the public spaces, they used Niantic’s games to map private spaces (homes and offices) and how we move through them.

Players give Wizards Unite permission to track their movement using a combination of GPS, Wi-Fi, and mobile cell tower triangulation….In five days of gameplay, Niantic kept 2304 location records for one player. By looking at the timestamps and frequency with which this user would return to particular areas, we were able to correctly identify their employer and address of residence. Furthermore, by plotting these data points on a map we could correctly discern the routes the user took from work to home, their daily schedule, and even their eating habits. When we asked them about their propensity to eat Burger King for lunch, they were surprised that we knew that, saying afterwards that they were “addicted to fast food.”

Cecilia D’Anastasio and Dhruv Mehrotra in “The Creators of Pokemon Go Mapped the World. Now They’re Mapping You,” Kotaku

Reporters from Kotaku found that they could interpret player data to figure out where players lived, where they worked, their habits, and unusual behavior. While Niantic does not currently sell this user data, it does not delete it either. It’s unclear how Niantic plans to use or monetize their data in the future. Shoshana Zuboff has argued that the legal imperative to maximize profit for corporate stakeholders makes the move from data extraction to data monetization inevitable.

In addition to tracking movement and behavior, Niantic’s games also promote “ubiquitous computing,” the idea that computers should seamlessly mediate our every day lives. The more comfortable we get with carrying around our phones, playing with them, using them to interpret the world for them, the more likely we are to accept them as a necessary, normal, indispensable parts of our lives. This is obviously good for those people selling the hardware and software, and also those people collecting, processing, and selling data.

Today, we will play Niantic’s games, and I’ll continue to play them on my own tomorrow. But I want people to understand what’s going on behind the scenes in these games; to decide for themselves how they feel about being tracked in this game, while simultaneously being tracked by the other apps on their phones, their credit cards, their frequent buyer programs, etc. How do they feel that our phones are becoming a necessary part of our lives?

There is a lot of great information available on Pokemon Go, Wizards Unite and Niantic more generally. I will extend this list as I come across more resources: